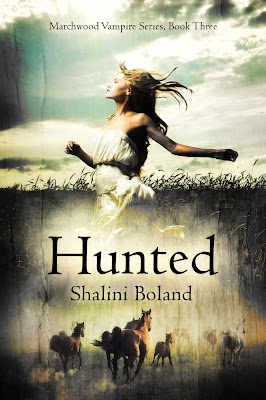 A spellbinding vampire adventure that spans the centuries
from modern-day England and snowy Cappadocia,
to the wilds of ancient Scythia.

Maddy and Alex are running scared.
The Cappadocian vampires are closing in.
But Alex is so busy worrying about them,
he can’t see the terrible threat right under his nose…

Something else is hunting Alexandre. Something ancient and powerful.

Be swept away in this heart-pounding tale of ancient legends,
star-crossed love and nail-biting supernatural adventure.
This is the climatic finale of The Marchwood Vampire Series.
Pre-order now from:
Amazon US
Amazon UK
Amazon CA
iTunes
Kobo
Nook
Smashwords
See other books in the series >>
﻿
Posted by Shalini Boland at 19:48 1 comment: