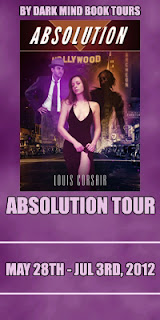 In 1947, a gangster murders private investigator Raymond Adams.
In 2011, he’s brought back to life for 24 hours to solve the supernatural murder of
a Hollywood Adult film star.

When the son of a Pit Lord is murdered in Hollywood, the celestial beings in charge of the Four Realms ask Raymond Adams to figure who did it and find the victim’s missing soul. Without memories of his life, he accepts the case to gain eternal peace. But the job is daunting:

With only the help of a possessed cop and a medium, Adams must trek through a Hollywood underground filled with pornography, prostitutes, the homeless, and sadists, along with supernatural monsters. But can he solve the case when his own haunting memories keep surfacing, telling him exactly what kind of man he was in life?

To win an ebook copy of Absolution,
leave a comment in the box at the bottom of this post.
Easy peasy!

Shalini was kind enough to let me use up some of her space for my thoughts. Particularly, on something that was related to my novel, Absolution, a detective mystery and an urban fantasy. I begin:

These days, playing the news on the television is an invitation to writing crime fiction. Not a day goes by that someone here or there wasn’t murdered in the most heinous way. The murder of a wife, family, self, strangers, permeate and fester in our society. Anger seethes in these stories and it bothers you to some degree that they are real and not the stuff of fiction. All writers of crime fiction, mystery, etc. attempt to capture the reasons behind these grotesque acts. I did too.

Simple as it seems, I mean there are murders galore each day here in Los Angeles, this is not so. Trying to work out a murder in fiction is counter-intuitive. You write a story as if you didn’t know who committed the crime and why, but of course you do. Somehow you must forget. You lay out the clues, present the witnesses, the victims, their lives, hoping the reader will follow along; the smallest glitch leaves a reader stranded, unable to make sense of the rest of the action. To say that writing mystery is easy is the biggest lie there is.

I read the essay “The Simple Art of Murder” by Raymond Chandler after finishing a draft of Absolution. Needless to say, it influenced the drafts that came after it. In it, Chandler criticizes authors of the classical mystery novel for lacking realism. There are puzzles the reader must solve, the whodunit, which turns murder into a game. I agree with him that these authors do not give the act of murder enough respect. But let me explore what these authors were trying to do.

Agatha Christie and others like her, tried to tackle the problem of mystery writing by bringing the reader into the action. Instead of just having her detective figure things out, she wanted the reader to put things together too. In one of her best known novels, And Then There Were None..., her detective leaves it up to the reader to figure out who the culprit is. So that in the end if you can’t figure it out it really is because of your faculties. As Hannibal Lecter said, everything you need to solve the murder is right there on those pages.

Like I said above, to make a game of something like murder is just not right. It makes murder detecting a fun activity so that by the end you feel like you earned a reward for solving the crime. In real life, detectives rarely ever feel like this and each new murder disgusts them. Their minds suffer. How does Poirot stay so un-changed by the multiple murders he has had to solve in Christie’s novels? It’s just too fantastic to believe.

Let me move on to the hardboiled guys, the best known are Dashiell Hammett and Raymond Chandler--though there are numerous others. They gave the act of murder its due respect and each crime revealed some of the dark nature of humanity.

These writers attempted to solve the problem of mystery writing by not worrying about it. In a Chandler novel, you get a mini puzzle, but he drowns it in the complex nature of the crime. In the end, the puzzle doesn’t even matter, just what it says about human beings--The Big Sleep famously leaves one of the many murders in its pages unsolved and without any clues as to who might have done it. The detective too is changed by each new crime. They become jaded, cynical, wondering why humanity is the way it is.

Between the two, I think that Hammett succeeded at creating a real human being in Sam Spade, than Chandler did with Marlowe. Phillip Marlowe is too good to be true. He always follows his moral compass. He never leaves a dame without protecting. He’s a knight in shining armor, smoking a cigarette. Sam Spade would screw you over if the circumstances were just right.

Do you see the problem with this type of mystery fiction? Marlowe and his contemporaries are just not believable enough. Their treatment of murder is excellent, but the protagonists lack something. I would have enjoyed Marlowe more if he had been a divorced man with children trying to understand him and a wife who sometimes loved him but felt mostly that he was a lost cause. Detectives have wives in real life. They have children. Some have substance abuse problems. They have racial prejudices even though they are, deep down, the “good guys.” They are all around human beings with enormous flaws.

And besides that, don’t the plots of the hardboiled novels seem incredibly fantastic? The crimes reported on television lack this air of fantasy. Some crimes, the most difficult to hear about, occur to satisfy urges and many times without any real reason at all. This is an observation, not true criticism. I would rather read any Chandler novel than watch the news if you gave me the chance. The complexity of the plot is permissible and necessary when you compare it to the simplistic nature of some mystery fiction.

So we come to our modern era of mystery writing. Today’s writers have overcome the problem of the loner detective who seems to have no life except detecting. In the novel, A King of Infinite Space (in the top ten for the Kindle UK Amazon list), the author, Tyler Dilts, has Detective Beckett trying to solve a murder, nothing different here--Dilts was one of my teachers so don’t mind the plug for his book.

But this detective has lost his wife and his existence seems meaningless after the fact. There is a murder, treated with due respect, and a puzzle that drives the plot. But the story lacks the fantastic nature of the Marlowe novels--ultimately, the crime was committed for a simple reason. The concern in A King of Infinite Space is with the individual who struggles to find meaning.

Ah! Existentialism in mystery fiction. This is an evolutionary step. The writer solves the problem of mystery writing by looking at the crime through a different lens. You don’t have to follow along. The crime is secondary.

It is now that I finally come to the Urban Fantasy Mystery novel. This sub-genre has been popularized and re-energized recently thanks to writers like Jim Butcher. But because it is a budding genre, it’s leaning on its predecessors heavily. Marlowe returns in these novels because he’s so easy to get behind. The plots are mostly simple, saving the complexity for the magic system. The whodunit element is not hard to figure out, but it seems inconsequential when compared to the fantasy elements. We have not reached the place that current non-urban fantasy mystery writers have reached. We look at the darkness of things, except we mean it literally.

In fact, I could say that this type of Urban Fantasy is just another form of Epic Fantasy. But we who dabble in this type of fiction are not just wasting our time. We do have some relevance. These novels look at the dark nature of human mythologies, which is why you sometimes find Angels and Demons in them and gods and demigods. But this is an investigation for another day. I have rambled on enough.

I hope that if you do try Absolution, you will try to fit it into the categories I’ve created here.

Don't forget to leave a comment below for the chance to win an ebook copy of Absolution
Posted by Shalini Boland at 00:01 10 comments:

BIG FAT PARTY OVER ON FACEBOOK
AND YOU'RE ALL INVITED!!! 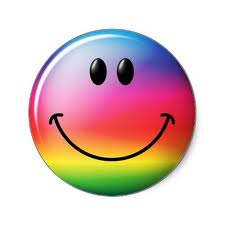 To celebrate the recent launch of Samantha's Towle's new novel Original Sin,
a few of us are having a giveaway over on Facebook today.
You can come over and chat, win lots of swag and generally have a good time.
Hope to see you there!