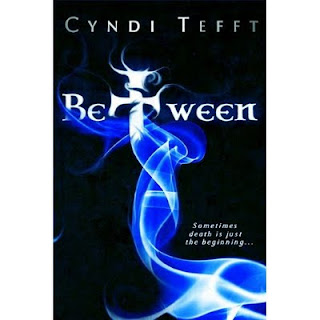 Tallulah Grace is a wordsmith specializing in romantic suspense novels that often include a touch of paranormal thrown in just for good measure. Today, she's talking to us about her latest novel, Fate. 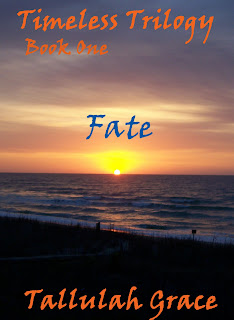 Is precognition a prescription for happiness or disaster?
The good things in life are coming together for Kristina Collins. She’s found her ideal home, her career is on track for mega success and the man of her dreams has finally come back into her life.
In Fate, the first installment of the Timeless Trilogy, Kris Collins discovers the benefits and risks of having precognitive visions while being stalked by a serial killer. Her friends can’t help her, the FBI can’t save her; she must save herself.
The Timeless Trilogy heroines, Kristina, Veronica and Cassandra, each deal with paranormal  abilities as they discover and rediscover eternal love.
Hi Tallulah! What will readers like about your novel?
The characters.  Kris, Roni and Cassie come to life in Fate, along with one (maybe two) love interests. The relationships continue to develop in the next two installments, Spellbound and Destiny. From the connection between the three heroines to the love each one discovers as the stories unfold, I believe that readers will enjoy a rapport with the women and the men who love them.
What inspired you to write it?
It wasn’t so much inspiration as necessity. I’ve known for years that there was at least one book rattling around inside my soul, but there was never time to write it. Turns out, there’s more than one. My alter-ego writes freelance business and how-to articles for private clients, so I’m familiar with research and stringing words together to make coherent sentences.
I was amazed to find that creating a work of fiction is completely different, at least for me. Developing the characters and adapting the story line is truly an organic thing. Quite often, I never knew what was going to happen until I started writing it. If I tell you that the characters told me who they were, you’ll probably think I’m crazy, but that’s exactly what happened.
Do you have any new works in the pipeline?
Yes, I’m in the middle of Spellbound, Book Two of Timeless Trilogy and have already written a bit of Destiny, the third installment. ‘Spellbound’ revolves around Roni discovering her true power and ‘Destiny’ focuses on Cassie’s past, present and future journey towards true love. All three books have a strong element of suspense, along with romance and a hint of paranormal. When I say paranormal, I’m not talking vampires and werewolves, at least not this time around. As much as I love a good vampire story, my books include more common paranormal abilities that any human might have. Kris is precognitive, Roni is filled with magic and Cassie learns more about reincarnation than she ever wanted to know.
Who are your favourite authors?
I love Kay Hooper, Elizabeth Lowell, Linda Howard and Iris Johansen. Nora Roberts is also a long time favorite.
Tell us something about yourself that not many people know.
Tallulah Grace is one of my pen names.
And a gorgeous name it is too. Thanks so much for joining us today. Fate sounds like a fantastic read.
Fate is available now from Amazon.
You can find more information on Tallulah at her website:
http://www.tallulahgrace.com
Posted by Shalini Boland at 08:30 No comments:

I’m doing something a little bit different today. Instead of a Hot New Author, I’m pleased to welcome music journalist and aspiring author, Chris Morley to the blog. Hi Chris! Can you tell us a bit about yourself?

OK. here goes, my name's Chris Morley, I'm a 24 year old cerebral palsy sufferer and music journalist also trying his hand at writing, I have a part time job too but that's not so rock and roll, is it?
Have you always been a writer?