Welcome to stop number 18 on The Morgan Sisters Virtual Tour!
Today, one of my favourite Young Adult authors, Suzy Turner, has stopped by to tell us a little about the first book in her new series, The Ghost of Josiah Grimshaw.

She is also generously donating a fantastic array of goodies in the giveaway
at the bottom of the page, including: a paperback of the novel, ebooks,
an Amazon gift certificate and some gorgeous jewellery!
'I love ghosts. I mean I love reading about them almost as much as I love writing about them. One of my favourite characters in my other series, The Raven Saga, is a ghost called Ruby Madison and she is such fun. So it was only natural that my newest book should contain at least one. 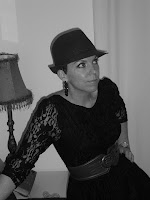 Josiah Grimshaw starts off as quite an elusive character, an old man with few friends and no family but when something remarkably sad happens, Josiah is thrust into a whole new 'life', making some unusual friends along the way. Although my latest book, The Ghost of Josiah Grimshaw isn't entirely about this character alone, he is clearly a crucial aspect of the story (hence the title, of course!).


There are other ghosts in the story, although ghosts of lesser importance, they were enormous fun to create and I love the way they would just appear to me while I was writing, particularly during the scenes at Abney Park, a huge old derelict cemetery in London. Granville Houston was one such character. A man who died 200 years ago, stuck in the cemetery with a group of other ghosts just left to exist in a ghostly manner with no way of passing over (but that's a story for another time).
Ghosts have always intrigued me, probably because of my own experiences as a child... yes, I do believe I was visited on several occasions by my late mother who died when I was young. Although terrified to begin with, when I realised who it was, I began to relax whenever it occurred again. It hasn't though for quite some time so I am content to believe she has crossed over and is finally at peace, something that Josiah Grimshaw would so like to happen to him...' 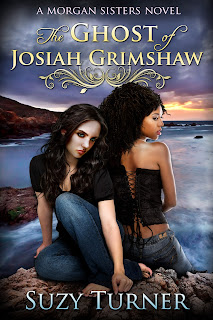 Adopted sisters Lana Beth and Emma Jane are polar opposites, but when the same strange 'tattoo' suddenly appears and winds its way up their bodies within days of each other, they soon realize there's more to their relationship than they could ever have imagined.
Show Less
﻿

Sent off to London for two weeks of 'work experience', the Morgan Sisters soon find themselves being initiated into the ancient Praxos Foundation, one that protects the innocent while fighting evil, both human and supernatural.

At the same time, Lana Beth and Emma Jane must also investigate why the sweet but sometimes pesky ghost of Josiah Grimshaw just won't leave them alone.

THE CLEARING (Outside Series #2) Cover Reveal and Release Date 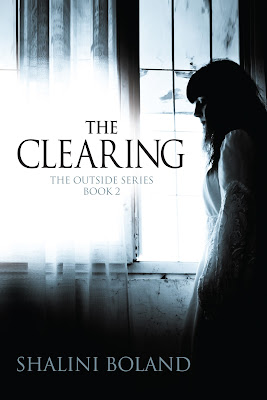 In the ravaged future, children are disappearing.
Riley lives safely behind her Perimeter Fence,
but soon she’ll have to confront the terrible truth of
what’s happening outside. An old enemy is approaching.
Threatening to extinguish her way of life.
To save herself, Riley must fight to save another.
She must put herself in the last place she ever wanted to be.
This is the terrifying sequel to OUTSIDE
THE CLEARING
(Outside Series #2)
Coming January 15th 2013
﻿
Posted by Shalini Boland at 16:05 9 comments: