I’ve been tagged in the Look Challenge, by The Lazuli Portals 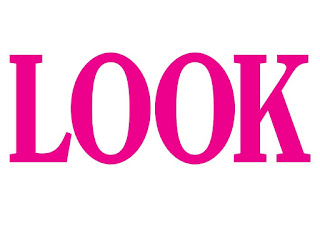 This challenge is designed to help writers recognise where common words are over-used while showcasing some of your work. 'Look' is one of the most over-used words in writing, along with other favourites such as 'just' and 'suddenly'. The following exercise might help you find and change the offending words. and is a real eye-opener (I found 187 'look's in my manuscript. Looks like I'll be digging out the thesaurus tonight).


For this challenge, here's what you need to do:

Here's an excerpt from my work in progress, The Clearing, Book 2 in The Outside Series. It's a YA thriller set in the near future after a social and economic collapse. I was hoping to publish before Christmas, but my characters keep refusing to stick to the plot, so I'll be releasing it in the new year. I don't want to post any spoilers, so it's short and no names are mentioned ;-)

~
She was held tight by the man as he walked, her arms pinned to her side. But because she faced away from him, she couldn’t even see what he looked like. Maybe that was a good thing. She didn’t think she wanted to see his face. What if he was a monster?
Why oh why had they come out here alone? She’d known it was dangerous, but she had stupidly let herself be talked into it. Were they going to die now? Were they going to be shot? Hot tears slipped out of her eyes and she tried to sniff them back. It was so hard to breathe with this thing over her mouth.
That Mr Carter man had disappeared too. If only she didn’t have her mouth taped she would scream and scream and shout for her mum and dad to come. They would surely hear her from here. And then dad would come running out with his shotgun and rescue them. She tried to free one of her arms, but the wriggling only made her captor squeeze her even tighter. It was hopeless.
The man grunted and set her down on the ground. He twisted her arms painfully behind her back and tied them up with something sharp that dug into her skin. She gave a soundless whimper. Her hair fell over her eyes, but through the mousy strands she saw that she was standing in front of a vehicle. An army truck.
The man moved around in front of her. He was ordinary looking. Brown hair, not fat, not thin, not a monster. Just a man.
‘Sit down,’ he said softly.
~

If anyone’s unable or unwilling to participate - for any reason at all - then no problem. At least your name and website get a mention ;-)

The authors I'm tagging in this challenge are: