Are Ereaders Teaching Us to Read Again? 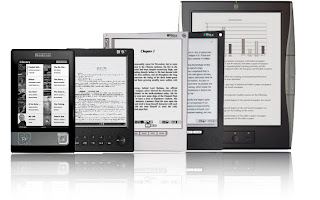 Kaitlyn from OnlineTeachingDegree.com contacted me with some interesting statistics.  She's part of the design and research team and they created a graphic illustrating how ereaders have taught us to start reading again.

I'm a British author/reader and the following statistics relate mainly to Americans but I found it really interesting nonetheless. Maybe you will too:

Laxmi Hariharan is on the blog today
with a fantastic guest post that I'm sure you'll love.
There's also a chance to win either a $15 Amazon Gift Card
or an Autographed Paperback of The Destiny of Shaitan!!!
So don't forget to enter the giveaway at the bottom of this post.

“It was India which invented the bow & arrow” my Dad blustered over the phone from Bombay, “remember Arjuna’s skill at archery? How he could concentrate till he saw nothing else but the target and shoot it with unerring precision time after time….”  He had just returned from seeing the Hunger Games at his local multiplex, when my weekly Sunday phone call had sparked off this conversation; with him insisting that the cross-bow was an Indian invention.  “Uh! Dad,”  I protested, “not everything in science fiction comes from Indian mythology….” I was, as usual, embarrassed by his well known theme of India shining and claiming ownership of emerging trends. Yet his comment gave me pause for thought. I began to wonder if he had a point?

Now here's your chance to win that $15 Amazon gift card or a signed copy of The Destiny of Shaitan: