Can you tell us a bit about yourself?
I live in Massachusetts with my husband, three children, and two cats.  We are in training to be alpaca breeders and are working on weekends to build our farm.  I watch the skies by night for UFOs and beg my favorite psychic friend for stories. 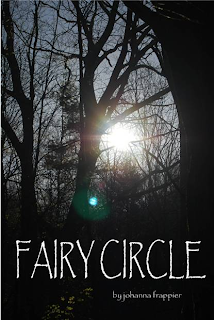 
What inspired you to write it?
My mother raised me on Grimm’s Fairy Tales and fairy tales from all over the world.  But she especially loved Bram Stoker’s Dracula, and tsk tsked the modern vampires that have so many conflicting emotions. This is where she and I differed-I can’t get enough of the modern moody vampire!

Also, when I was nine, my older brothers took me to see some Disney movie at the theater.  After my parents dropped us off and drove away we left the Disney line and I was escorted to the Poltergeist line…  The movie was almost sold out and there weren’t enough seats together. I had to sit with strangers because my six-year-old brother “would be too scared” to sit alone!  I don’t think I can put into words how much that film terrified me, but I can say, I’ve never slept a whole night through since!  I totally credit Poltergeist with the things that still go on in my head today. ;o)


Do you have any new works in the pipeline?
FAIRY CIRCLE is part of a series called, The FAIRY CIRCLE Series.  Currently, I’m giving FAIRY THIEF, the second book in the series, a going over for release on October 1, 2011.


Who are your favourite authors?
Ooooh!  I love:  Clive Barker, Stephen King, and Mary Stewart.

Tell us something about yourself that not many people know.
When I went skydiving for the second time, I pulled my chute and zoned out.  When I was supposed to flare to slow myself down I was too slow getting about it and hit the ground hard.  Luckily, I only twisted my ankle.


You’re a braver woman than I am! Thanks so much for gracing us with your gorgeous presence and I hope squillions of people buy Fairy Circle.
Thank you for interviewing me, Shalini.  I must get back to my book.  It’s my new fave: HIDDEN.


www.johannafrappier.blogspot.com
Johanna on Facebook
Fairy Circle at Amazon for Kindle US
Fairy Circle on Goodreads
Posted by Shalini Boland at 09:00 1 comment:

Today on the blog I’m delighted to be featuring award-winning author and poet, Gerry McCullough! 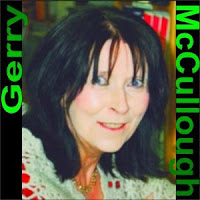 Gerry has been writing poems and stories since childhood. Brought up in north Belfast, she graduated in English and Philosophy from Queen's University, Belfast, then went on to gain an MA in English.

She lives just outside Belfast, in Northern Ireland, has four grown up children and is married to singer/songwriter and Media Producer, Raymond McCullough.

Hi Gerry! So what will readers like about your latest novel Belfast Girls? 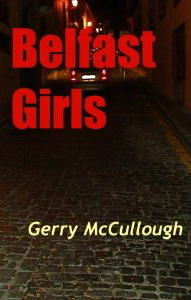 So far, I find they like the characters. Sheila, Phil and Mary, the three girls growing up in Belfast, are all very different. Sheila starts off shy and lacking in self-confidence. She’s the ‘ugly duckling’ who turns into a beautiful supermodel. Phil is bouncy, confident, popular with boys – but she lets herself be dragged into trouble by the man she loves, Davy Hagan. Mary starts off as a wild child, nearly dies of a drug overdose, and then has a spiritual awakening which turns her life around. People seem to be really interested in the girls and their lives and loves. There’s a lot of action, too, but that’s more of a bonus.

What inspired you to write the novel?
I’ve always written stuff, since my childhood. It seemed natural to write about my hometown, Belfast, and about the sort of things which I know something about.  Then, there’s so much misunderstanding about this place. I hoped I could explain a bit about the goings-on here to the rest of the world.  In a country where religion has so often been a dividing factor, Sheila, Phil and Mary are friends in spite of being from different religious backgrounds, and that’s not really as unusual as you might think. As for writing about girls growing up in Belfast, well, that came even more naturally to me, since that’s been my own life, growing up as a Belfast girl!


Do you have any new works in the pipeline?
I’m halfway through another novel, of a similar type to Belfast Girls, and I also have a collection of short stories newly edited by a professional which a local publisher here has shown some interest in. I have hopes for them, and for my new book, if I can ever find time to complete it.
Who are your favourite authors?
How much space do I have for this?  Let’s keep it brief – Jane Austen, Tolkien, C.S.Lewis, PG Wodehouse, Agatha Christie, Georgette Heyer, Terry Pratchett – better stop there!
And finally, can you tell us something about yourself that not many people know.
I hate desiccated coconut. Real coconut is a different thing, mind you. My father brought one home one year at Hallowe’en, and broke it up with a hammer, and I enjoyed my piece very much. But the desiccated stuff is just too dry, I suppose. Now, isn’t that interesting?
Haha! Now people know what not to buy you for your birthday. Thank you so much for joining us today, Gerry. It’s been a pleasure. Best of luck with Belfast Girls.