The Marchwood Vampire Series is a romantic paranormal  trilogy that spans the centuries from modern England to nineteenth century Paris and ancient Cappadocia. It starts off in gritty urban reality but soon ramps up into historical adventure, ancient legends and romance across time. 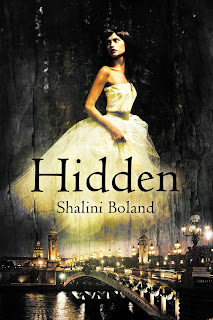 HIDDEN
(Marchwood Vampire Series #1)
Madison Greene lives in foster care. On her sixteenth birthday she inherits a huge mansion house. But the house hides a secret; one that Madison is determined to uncover.

Falling in love has never been so dangerous.
Show Less
Amazon US   Amazon UK  Amazon CA 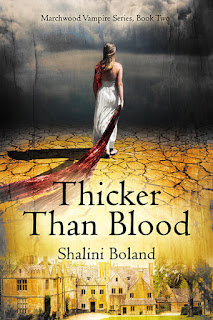 Madison and Alexandre are once again plunged into danger. To save Maddy, Alexandre is forced back to a world he thought was dead and buried. But time is running out. The chase is on...
Amazon US  Amazon UK  Amazon CA 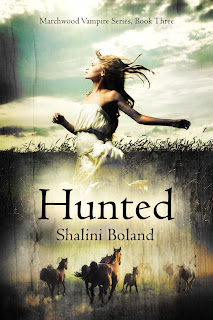 HUNTED
(Marchwood Vampire Series #3)
Maddy and Alex are running scared. The Cappadocian vampires are closing in. But something else is hunting Alexandre. Something ancient and powerful.

Be swept away in this heart-pounding tale of ancient legends, star-crossed love and nail-biting supernatural adventure. This is the climatic finale of The Marchwood Vampire Series!
Amazon US  Amazon UK  Amazon CA

To be the first to hear about new releases,
enter your email address below:
I promise not to share your email with anyone else and I'll only contact you when a new book is out.
You can also keep up-to-date here: http://www.facebook.com/ShaliniBolandAuthor